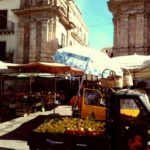 few steps from Il Lapino, at the beginning of Via Volturno behind Teatro Massimo, you will be in front of the magnificent Porta Carini, built in 1782 instead of one of the ancient gates of the city of the thirteenth century. Through the door you enter the Capo market, which is inside Seralcadio zone (from “sari al Qadi“, name that indicated the area ruled by the Kadì, a governor during the Islamic domination). From the thirteenth century, the upper part of this district was called Caput Seralcadi, therefor the current name of the market is Capo. The market expands along four streets, the main one is via Porta Carini which gets to via Beati Paoli (the street named as the secret society founded to defend poor people from nobility abuses, that used to meet in a cave in this area) crossing via Cappuccinelle and via Sant’Agostino, each with different products (food, curtains, furnitures and clothes). In this crossroad, surrounded by an arabic atmosphere, between ‘bbanniaturi (sellers offering their goods chanting very loudly) and riffaturi (who invites passersby and merchants to buy a sort of lottery ticket), you will find yourself admiring wonderful buildings, churches and palaces, each with a secret to be discovered. Walking around the market, losing yourself in its corners and admiring its beauty you will realise to be behind the Cathedral … but we’ll tell you about this story another time! 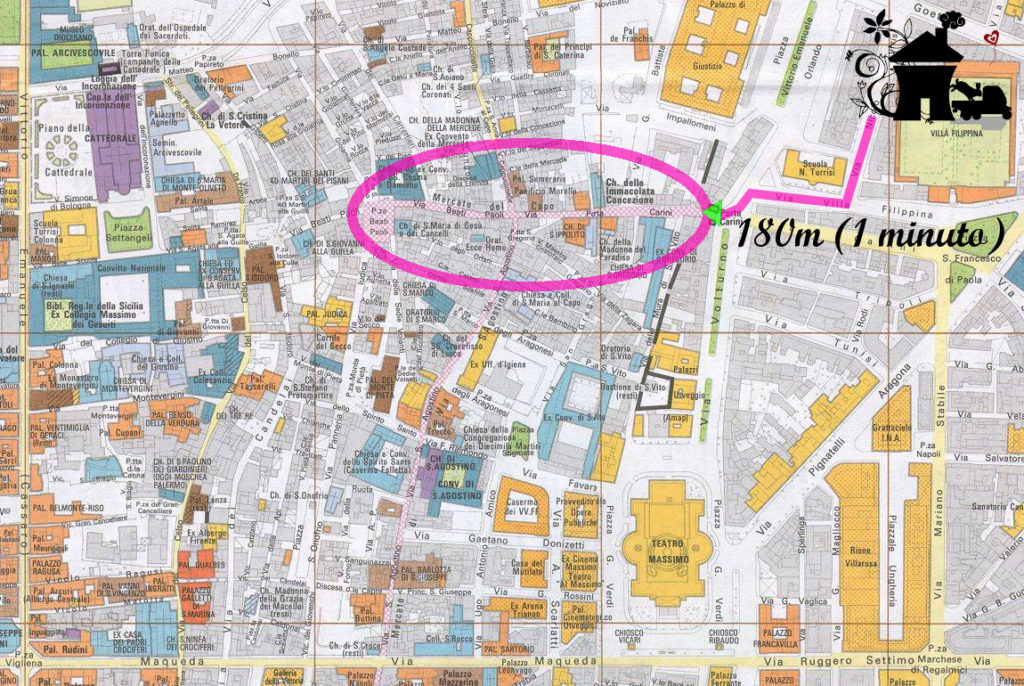